Kiev’s forces have lost around 10,000 personnel since the launch of Russia’s military operation, presidential aide admits.

The Ukrainian Armed Forces can admit to having lost around 10,000 personnel since the beginning of the Russian military offensive in late February, presidential aide Alexey Arestovich indicated on Friday, while claiming Moscow’s losses are significantly higher.

Russian sources believe that Kiev is significantly underestimating its casualties.

In an interview with activist and YouTuber Mark Feygin, Arestovich revealed that “at the beginning of the conflict, 100 people died per day on average.”

He claimed that Friday was an “unusual day” for the Ukrainian Army, as “600 people [died] in one day, no less.”

“It will be like this: one to five, one to three, one to six, it will fluctuate like this,” Arestovich said.

Feygin asked if it is possible, based on these calculations, to say that the Ukrainian Army had lost up to 10,000 soldiers. “Yes, something like that,” he replied.

This is apparently the first time the Ukrainian side has announced the total number of its losses. The figures released by the Russian Ministry of Defense on the Ukrainian Army’s losses are much higher – 23,367, as of April 18.

Regarding its own military casualties, Moscow has not yet revealed the total numbers. Earlier this month, the head of the Russian Duma’s defense committee, Andrey Kartapolov, claimed that, due to changes in the military strategy, the Russian Army has “practically ceased to lose people.” That is why, he said, the Defense Ministry has not updated information on the losses since March, when it reported 1,351 military personnel had been killed.

In April, Kremlin spokesperson Dmitry Peskov said Russia had suffered “significant losses of troops” and it was “a huge tragedy.”

Russia attacked the neighboring state in late February, following Ukraine’s failure to implement the terms of the Minsk agreements, first signed in 2014, and Moscow’s eventual recognition of the Donbass republics of Donetsk and Lugansk. The German- and French-brokered protocols were designed to give the breakaway regions special status within the Ukrainian state.

The Kremlin has since demanded that Ukraine officially declare itself a neutral country that will never join the US-led NATO military bloc. Kiev insists the Russian offensive was completely unprovoked and has denied claims it was planning to retake the two republics by force. 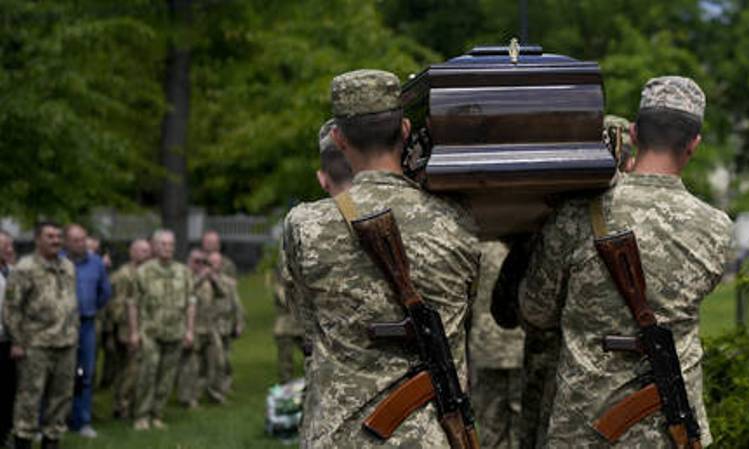