The Situation Update podcast, which has produced 5-6 episodes per week since November 4th, 2020 (the day after the election was stolen) is now Citizens’ Log, “A time capsule message from the present to the future survivors of the war.”

Each episode will continue to cover each day’s observations about the total collapse of Western civilization that is being engineered — and the globalist war against the human race — but now it will be presented in the context of history for those survivors who may be listening in the future. Perhaps they will be curious how human civilization committed suicide in the name of “progress.” 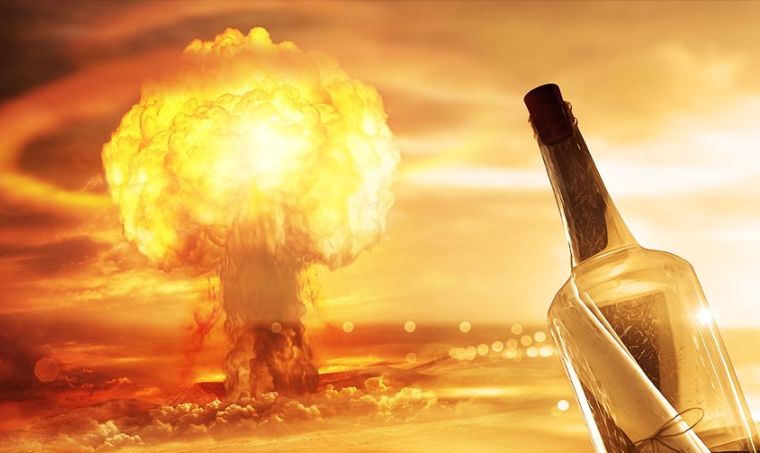 Spud96
Yes and predicted by those who were called conspiracy clowns. Now look at it. Mike Adams is not the only one that called this. Just search Bjork’s music video ” Human Behavior” on YouTube. Many also blame Fauci. Yet Michael Osterholm has sneaked under Mike’s radar. Greetings and salutations from Edinburgh Scotland.

The Patriarch
Ya, the reason nothing can be fixed is this is who we are now. The average westerner is a immoral, cowardly, fat, lazy, arrogant, stupid, dysfunctional, lovers of nothing, but tolerant everything. This is a judgment of God, and it is just.

Leftarefascists
I’m to the point of quitting my job. why keep working to pay our corrupt government

Texas Bill
Remember 1976 when I would give my wife a rest, I tried feeding our son baby formula and he hated it. So I tasted it, it smelled and tasted terrible! So we used goats milk!

Tom in MO
The trolls on here are exactly the sort of people who will be dead when, not if, SHTF. We may or may not go to a nuclear WW3, but the economic collapse is already baked into the cake. Very radical lifestyle drop will occur to everyone except the rich. many of whom are briefed on what is coming. We may very well lose any or all utilities; but food and gas shortages and insane prices are guaranteed. All by design. Everyone who does not prep, or needs prescription meds or has other significant health issues that depend on the medical establishment, is in serious peril. There will be food riots and looting, murders, suicides on a scale never seen. This year.
Good luck trolls.

Raphael
Denial and arrogance are sure to destroy a lot of people, as always. But I am not sure that any preparation can be adequate for what is coming…which is not just one localized event but multiple global events. This is obviously not an option for everyone (it would be difficult for people who have young children or elderly parents), but I personally opt for going into the wilderness when everything collapses and people go insane with fear and despair. It will be horrible, beyond what we can imagine…

Boris Missiuna
You are in some error. You will not be able to prep sufficient to endure what horror is coming. It will be a horror show x1000 in the USA. History tells us that mass starvation will result in cannibalism. The Bible warns us to leave the USA and Canada. Jeremiah 51:6 and Revelation 18:4 I will help anyone that will choose to come to Paraguay. This country produces 60x more food than is locally produced. There is also plenty of fresh clean water here in the southern part. I will receive no financial benefit if you come here. Please flee and save your life and also your family.

Micblaine2
Is it true about baby formula was a depopulation plan by raising estrogen levels in males ? Could explain a lot

Richard J Johnson
Read Mackinder to discover motives of the Globalists/Deep State using NATO in Ukraine and elsewhere. Their amoral greed knows no bounds, and they know that if they don’t conquer Russia, they are finished, and will be PUNISHED They will “fight” to the LAST Ukrainian and others…including American young men.

PrevPreviousMy Letter to the Editor on Mask Wearing. Feel Free To Adapt to Your Local Paper
NextLet’s See How Her Double Boosted Is Going for Her Over the Next 12 MonthsNext