In today’s exclusive analysis, we detail how cobalt-60 dirty bombs unleash a low level of radioactive contamination in the affected area. This radiation is not intense enough to kill people from simple radiation exposure, but when combined with the mRNA “vaccines” and their spike protein suppression of the NHEJ chromosomal repair mechanism in cell nuclei, even a low level of radiation could set off a cancer death wave by initiating genetic mutations in the bodies of victims. 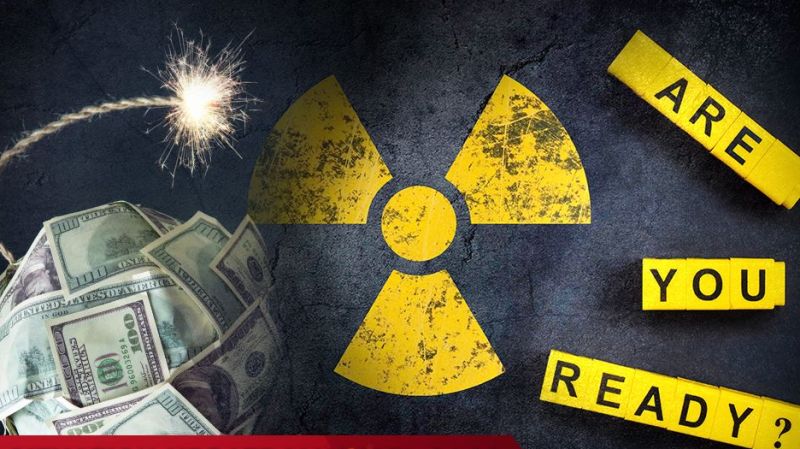 disqus_tjrOfPfIhb
interesting theory, would 5G not be sufficient to be the ‘low level radiation’ you speak of. No need to ‘nuke’ anything when you can microwave it and achieve the same? I don’t know enough about either subject. the thought just occurred to me..

pippilongstocking
You might find Arthur Firstenberg’s book, “The Invisible Rainbow: A History of Electricity and Life” of interest. You can also find quite a few interviews here on Brighteon as well!

waynebow 2018
The question is, was it your thought, or one they implanted into your brain? Thats something to think about ! And while your thinking about it, is that you really thinking about it ?

Albert J
5G is so high frequency it will hardly penetrate skin up close. Oxygen atoms absorb all 5G energy at certain frequencies, so there is problems of lotz of repeater stations where trees, etc are. Clearly you don’t want a radar like phased array in your pocket or your home, but as a dePop stand Alone, 5G would be as bigly a flopper as FauXi flu. Which was combined with JournoTerrorism to scare you into getting the death shots, per the plot from Amazon’s series Utopia. Where Cusack played Bill Gates.

Tony Ryan
On abortion, I would like to make a definitive statement.
I am not a Christian. In fact I have no beliefs whatsoever. I consider available evidence, apply logic and purely human values, and conclude accordingly. And yet I am at one with Mike Adams on abortion. Furthermore, every word he said about abortion today, I said back in 1969.
In fact, on many things that are going wrong in the world, I am on the same page as Mike.
Which should make every Christian rethink his or her notoriously narrow attitudes. Actually, A pure Christian cannot have narrow attitudes. Jesus most certainly did not.
If we are to win this war against WEF evil, we need to join together and fight. If we have disagreements on any other issue, please shelve these until later on, when we have defeated the greater evil. If we are to win, and this is not guranteed, it will take every one of us to overwhelm the corrupt police and bureaucrats that are destroying our own respective countries.

jj
Until Mike starts talking about the Vatican and its Jesuits who rule the world through its UN, US, all their agencies, registered corporations, including religions, school, media, and military, which medical science and hospitals form part, then we are pissing in the wind about trying to understand what is going on, and who is orchestrating this entire magic act.
The seat of Satan is in Rome since the king of Pergamos bequeath their throne to Rome in 133 BC. This is why Jesus showed up shortly after this occurred. We are dealing with the same beast that Jesus was showing us the Truth about and the Way back to Life. Rome, and all its parts, is of and for the dead. The dead wish to trick the living into being dead. If we bring life to the dead, there is only life left, as in one plus zero equals one. So, why are we giving all our energy talking about zero?
Money? What is that in the kingdom of heaven? Were we not given everything freely if we obey our Maker and king who made and owns all things? We are told falsely that Gates owns the most farm land. I tell you he owns nothing. It’s God’s. And Satan lost it all. The only way he can use it is by deceiving the sons of God out of their inheritance. This he has done wonderfully.
If we speak of money and bank inventions, even barter, then Satan is still winning. What Satan calls money is a conversion of our life and labor to feed the dead their schemes. Read Matthew 23 & 24, and stop listening to these deceptions, then listen to God. Follow what He tells us to do, and those things He will do and says will happen. Nothing else matters.
I am one who Satan defrauded, harmed, slandered, and took everything from without cause, except standing in truth and in Law against his schemes, but I am still here. I know of others with similar experiences. Who do you think allowed me to live? Satan or God?
Do God’s will, not your own, nor another man’s. This is what we all need to wake up to. God is real. Don’t believe the opposite. The opposite is a lie, and promoted by Satan, who knows damn well who God is and trembles. Stick with a winner. Satan is a loser.

Andrew Smart
agenda21 scamdemic all the way,they are trying to kill us and im amazed they got so many medical professionals on board,it wasnt a vaxx campaign,it was an IQ test.

blossom5555
I’m so tired of the bitching, the talk and no solution. Nothing gets done. Everyday the corruption and destruction goes on. Bitch all you want, called them what they are but they are laughing!!! They are still going on, doing what they want, acting smugly and lying and not missing a dime or skipping a beat while they now treating pp like guinea pigs and steal their children’s minds with sexual grooming, UN Replacement Migration agenda to destroy western countries, Europe, stealing money while destroying the food chain to bring famine, destroy industries under propaganda virtue of “climate change” to impoverish pp and towards them owning nothing per wef’s schwab statement and all we hear is bitch bitch bitch and they laugh at us – they are winning. Why is it that unelected psychopaths/sociopaths, liars, cheaters, deceivers, manipulators, murderers predators they are should be listen too? They should be ARRESTED-PROSECUTED BY PUBLIC OPINION-I am disappointed in the military and police. Nothing but foot soldiers-order followers. Not arresting and putting these pp under arrests. ALL SHEEPS. Why does a gvmt that does not represent the will of the people should be tolerated? Obeyed??? Why should anything they have to say be listen too??? If the nature of intent is fraud itself, no due process and done behind pp’s back WHY IN HELL ARE PEOPLE JUST TAKING IT????????????!!!!!!!!!DAMN SHEEP

David Bagley
Everyone knew the cabal agenda of depopulation through pharma..including Trump.

Anil
Biden’s followers on Twitter are 50% bots. Fake accounts. Very similar to the fake voters that elected him to office in 2020. The deep-state used Twitter to prop up Biden’s fake credibility using social media.

Leland Jossy
Here’s a good question… If the geolocation data is claimed to be of zero used as evidence to the crime, who is the top person behind this alleged lie? That person is a conspirator. If we have his name or her name then I want to personally make a citizens arrest. Can I go to that state and make a citizens arrest? If that state has a constitutional sheriff then that criminal needs to be locked up.