The key study relied upon by the CDC and IDSA to justify mass mask wearing worldwide is wrong. We’ve asked the journal to retract the study. If they don’t, we’ll go after the journal.

People think masks work, even though they don’t

Even after the Federal transportation mask mandate was rescinded, judging by the behavior I observed in multiple airports, it appears that somewhere around half the public still thinks that masks work.

The mask study in Finland showed if there is an effect, it’s negative

The best science shows that, if anything, the masks are more likely to be harmful than helpful; see this excellent video by UCSF Professor Vinay Prasad on the mask study done in Finland.

One of the key reasons that people think masks work is the Bangladesh study that was done by Stanford and Yale and was relied upon by both the CDC and IDSA. In fact, it’s the only randomized study that we are aware of that claims masks work.

The other randomized trial, the one done in Denmark, was deliberately re-written to suggest masks work because the medical journals wouldn’t publish a negative study since it was counter-narrative. The BMJ courageously documented the scientific misconduct by the medical journals.

What if the Bangladesh study proved nothing?

So if we can show that the Bangladesh mask study actually shows that masks DO NOT WORK and we can get the paper retracted, then we’ve made an incredible difference. We can:

We’ve shown that there is nothing shown by the Bangladesh study previously. We challenged the first author to defend his study and he failed. Badly.

But the nail in the coffin is this new analysis by UK Professor Norman Fenton.

Yale Professor of Economics Jason Abaluck, the first author of the Bangladesh study, reviewed Fenton’s analysis. Abaluck self-determined that Fenton was incompetent so he could justify no longer talking to him.

Abaluck also noted that the reason they used cluster randomization in the trial is because they weren’t testing whether masks worked on individuals, but whether community masking as a health policy would make a difference: would people comply and would it subsequently reduce the rate of infection. This subtle distinction is irrelevant. At the end of the day, Abaluck’s cluster-randomization study showed that there wasn’t any difference in infection rate between the groups.

In fact, Fenton showed that Abaluck’s study was roughly equivalent to this experiment:

To give a feel for just how ‘insignificant’ the 52% figure is – if you wanted to use it to conclude that the seropositivity rate is lower in people receiving the mask intervention than those who do not – then this would be much like flipping 201 coins, observing 101 ‘heads’ and 100 ‘tails’ and concluding that all coins are more likely to land on heads than tails.

Fenton asked Science to retract or correct the paper

On May 2, 2022, Fenton wrote to the journal that published the paper (Science) and requested that the Bangladesh mask study be either corrected or retracted since it incorrectly states that masks work.

Here is the conclusion of the paper:

The only thing that is true is that the intervention to ask people to wear masks did, in fact, increase mask wearing. The rest is wrong and needs to be retracted.

What happens next is the true test of character

Everyone makes mistakes. But what they do about the mistake after it is clearly pointed out is telling.

We will soon see how trustable the editors of Science are. If the journal does nothing, it will implicate the journal. Which means you shouldn’t trust it in the future.

Secondly, the medical community (and mainstream media) should now quickly assess whether they made a mistake in promoting a false narrative. If they publicly fail to admit their mistake at this point, they are even more deplorable than I imagined.

What do you think will happen? 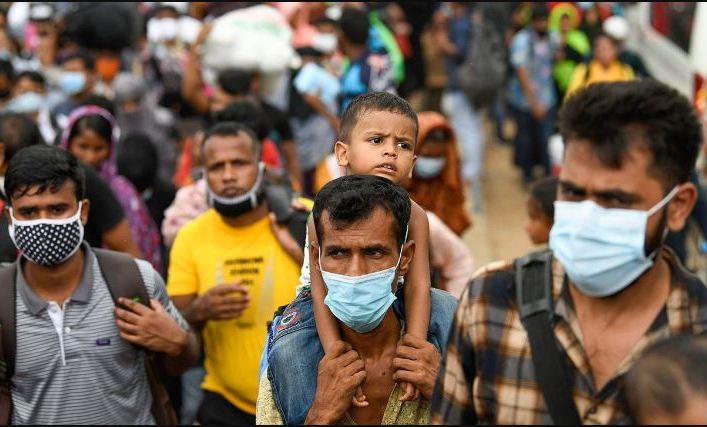 PrevPreviousAmount of US Weaponry Delivered to Ukraine Revealed
NextDr. Peter McCullough Reveals How Long the Spike Protein Stays in the Human Body and That Canada and Australia Have Purchased 5 & 7 Years Worth of mRNA Vaxxines for Each PersonNext